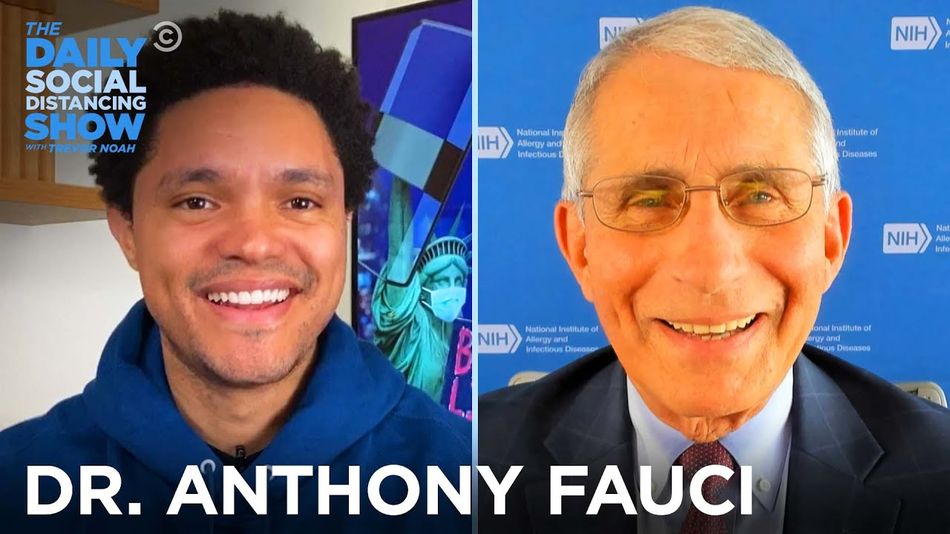 Dr. Anthony Fauci isn’t around in the public eye as much as he used to be — the White House has pulled back the visibility of its COVID-19 task force — but he’s still got info to share.

Fauci appeared on the The Daily Show on Monday and stressed that basic public health measures — such as wearing a mask, avoiding crowds, washing your hands, doing things outdoors — are not a political act, but rather common sense acts that will help the country return to some sense of normalcy.

Daily Show host Trevor Noah also hit Fauci with a speed round about mask etiquette, asking him when it’s proper to wear a mask. For instance: riding a bike outside? Not necessarily. Between courses at a restaurant? Yep, have it around your neck and ready to go. An empty elevator? Probably just keep it on for folks who are going to enter.