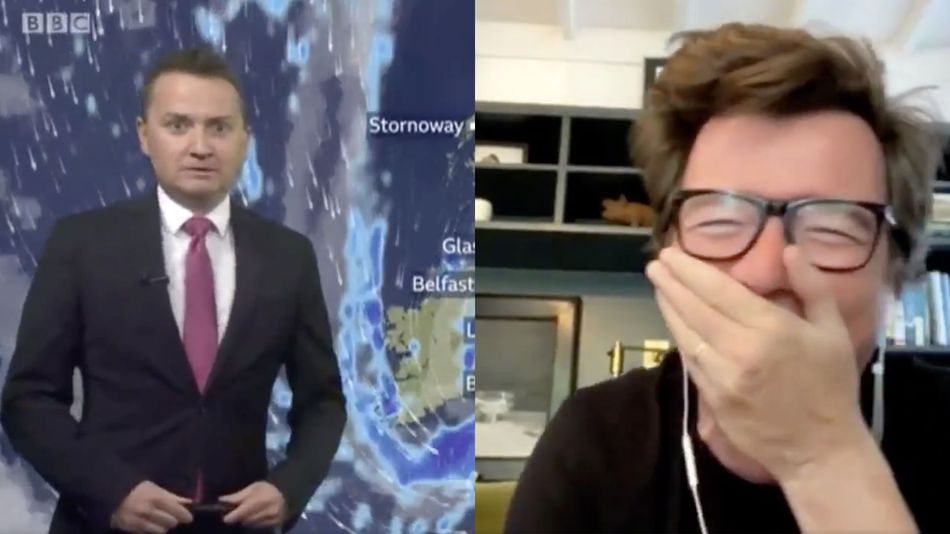 In life, you’re never going to be everyone’s cup of tea. That rule applies to famous people, as this BBC clip proves.

Rick Astley — the much beloved singer of “Never Gonna Give You Up” — received a rather awkward introduction when appearing on BBC Breakfast.

Meteorologist Matt Taylor, having just finished a weather update on the show, was asked whether he was a Rick Astley fan by BBC Breakfast presenter Charlie Stayt. “Err not a massive one,” he replied in a very unenthused tone.

“That was the wrong thing to say,” said Stayt. “He’s listening and he’s coming up in just a moment.”

Thankfully, Taylor got another bite at the cherry. “I’ll ask you again,” said Stayt. “Are you a Rick Astley fan?”

“Love Rick Astley. Best! Grew up with him!” Taylor said.

Thankfully Astley, waiting patiently to be interviewed, didn’t take offence. In fact, he could barely contain his laughter at the awkwardness of the mishap.

Note to self …
Charlie isn’t always trying to make me do something silly, like sing, on air (hence my response)

Make sure you check who is on the programme after you 🙈🙈🙈 https://t.co/VpkKjIuSgh

Astley then went on to chat to the BBC Breakfast team about the impact of COVID-19 restrictions on the hospitality sector. Astley owns a bar called Mikkeller in Hackney, London.

As the lyrics go, you wouldn’t get this from any other (famous) guy.