A buying guide to help you decide.


The new consoles are almost here and the key word is choices.

You have lots of them. Microsoft and Sony are each releasing two consoles, for starters. And in Microsoft’s case at least, there are some outside-the-norm options for buying them. Then there are the tie-in subscriptions which, if you can afford them, add lots of value to your hardware.

Video game consoles are supposed to be easy. Buy one, plug it into your TV, and you’re all set to play every game. But all of a sudden, the most idiot-proof format in blockbuster gaming demands some real research.

So please, let us help. We’ve done the work and know the options. We can point you toward the choice that works best for you.

This is the easy part. If you’re upgrading from an older console, you probably know already which one you want. I’ll get into the hardware specifics further along, but generally speaking the new PlayStation and Xbox machines sport the same capabilities.

That means you’re getting a roughly 1TB solid-state hard drive (in all but one case), which means lots of built-in storage and faster load times. You’re getting support for the new-fangled graphics features. And you’re getting the ability to play games at a 4K resolution while maintaining 60 frames per second, which gives games a smoother look and feel.

If this is your first console ever, or you’ve decided to give gaming a whirl again after a long time away, the biggest platform differentiator is the games. Specifically, the exclusive games. You’ll always be able to play the new Call of Duty or Madden (or Assassin’s Creed or Resident Evil, etc.) on whichever machine you own, but Microsoft and Sony both bring their own in-house favorites, too.

For Xbox, that means Halo, Gears of War, and Forza, to name some of the biggest. Over on the PlayStation side, you get God of War and Naughty Dog games (like Uncharted and The Last of Us). Also, Insomniac releases, like 2018’s excellent Spider-Man and the recent release Ghost of Tsushima. IGN has also compiled lists of upcoming releases for the next-generation PlayStation and Xbox consoles. If you’re a newcomer to console gaming especially, peruse those lists and decide which one is most appealing to you.

The choice on the PlayStation side is easier. Sony is shipping the PlayStation 5 in two different versions: A standard edition and a “Digital Edition.” The latter option doesn’t include a disc drive, but that’s the only real difference. Both still get you 825GB of usable storage and the same technical capabilities.

Still, the difference between the two is a big one from a price perspective. A standard edition PS5 will run you $499, whereas a digital edition costs $399. That disc drive supports Ultra HD Blu-ray discs, so the extra $100 is something to consider if you have a big physical media library.

That’s not the only reason to hang on to a disc drive, either. If you have a lot of PS4 games on disc already, the PS5 will play almost all of them (it’s not clear which games aren’t supported at this point). Having a disc drive also means you can buy lower-priced used games from stores like GameStop, an appealing option for some people.

Whichever PlayStation you choose, you’ll need a PlayStation Plus subscription if you want to take advantage of most online features. The $60 annual fee also gives you access to a handful of free games every month for download. Sony is also expanding the PS+ program with the PS5’s launch to give every subscriber access to a free (if relatively small) library of the biggest PS4 hits.

In addition, Sony offers a game streaming service in PlayStation Now. It’s a $60 per year subscription that lets you play freely from a library of more than 800 of PS4, PS3, and PS2 games. Some of the newer ones can even be downloaded and installed rather than streamed. (Browse through the catalog right here.) You can also stream PS Now games to your computer.

Microsoft’s two offerings are a little trickier. The Xbox Series X is the company’s flagship gaming console at launch. It costs $499, includes a disc drive, and is capable of reliably outputting the games you play at 4K resolution and 60 FPS. If you have a fancy, high-end TV and/or absolutely require a console with a disc drive – this one also supports 4K Ultra HD Blu-rays – the Series X is your Xbox pick.

The Series S, meanwhile, is Microsoft’s take on a disc-less console. So it won’t take full advantage of the new Xbox generation’s backward compatibility features if you have a ton of old discs lying around. But it costs only $299, making it the cheapest option of all across Microsoft and Sony.

The lower price does mean there are differences between the two. While the Series S is capable of outputting at a 4K resolution, you’re not going to get the same performance out of games that support it. What Microsoft does promise is a steady 1440p resolution at 60 FPS. The Series S also has a smaller hard drive, offering only 512GB compared to the Series X’s 1TB.

If 4K is super important to you, then you’ll want the Series X. But 1440p still looks great running at higher frame rates than last generation hardware was consistently capable of delivering. Especially for $200 less. Again I’ll point you to IGN, and this rundown of the differentiating factors on Series S.

I’ll also add based on my personal experience: The resolution difference matters less than the boosted FPS. Lots of homes haven’t upgraded to 4K TVs yet. And even if you have one, you aren’t necessarily going to notice the difference between 1440p and 4K. But it’s very easy to see the improved experience you get from 60 FPS gaming. There are plenty of current games that run at 60 FPS on consoles, but the next-gen promise makes that the standard.

To play online with an Xbox, you’ll need an Xbox Live Gold subscription ($60), which also gives you a monthly helping of free games a la PS+. But the real difference-maker here is Game Pass. Microsoft’s version of PlayStation Now takes a similar approach: For a monthly (or lower annual) fee, you get access to an ever-growing library of games, with more than 200 to choose from already.

That’s a significantly smaller number than PlayStation’s 800-plus, but the Game Pass offering features newer titles in general. In fact, all of Microsoft’s “first-party” games are available to Game Pass subscribers on day one. So if you want the new Halo (whenever it comes out), you can buy it at full price – or you can just play it as part of your Game Pass subscription.

Beyond that, Game Pass also includes games from Electronic Arts and, thanks to a blockbuster acquisition announced the day before Xbox Series pre-orders opened, Bethesda Softworks. Many of the titles in the library can be played on PC, and the recent launch of Microsoft’s xCloud means that subscribers can stream their games to a variety of screens, including Android devices.

You can’t really go wrong with either console. PlayStation has what could be fairly described as more immediately exciting platform exclusives, especially with a Miles Morales-focused expansion of Spider-Man launching alongside the PS5.

But Xbox Game Pass is arguably the best subscription deal in gaming right now. The streaming factor means you don’t even necessarily need the latest Xbox right away, since any new Xbox-only game is available through Game Pass, which you can play basically anywhere so long as you have a reliable internet connection (and/or a powerful computer). No xCloud on iOS, though.

So it’s not a case of one option being better than the other. More that each console’s respective strengths cater to different tastes. Xbox has some popular exclusives in franchises like Halo and Gears, but Game Pass, with its day one games and sizable library of modern hits, is the real selling point. PlayStation’s Game Pass competitor isn’t quite as exciting, but many of the console’s best games can only be played there.

Whichever way you’re leaning, there’s not a pressing need to have any of these new consoles on day one. Most of the big games launching in fall 2020 support current generation hardware as well, and even the $299 Xbox Series S is a pricey buy during these fraught and uncertain times.

Also, regardless of which direction you’re leaning, pre-orders aren’t exactly easy to come by right now. That’s likely to change over time, and post-release you can presumably expect to find that store stock is increasing. But the early adopter rush has made it difficult to secure a pre-order.

If you want to hunt, you can find links and info on PlayStation pre-orders right here. Sony’s initial offering was such a chaotic mess that the company actually apologized and promised to make more available in the coming days. So keep an eye out if you want to secure your PS5 ahead of launch.

Microsoft’s Xbox Series S/X pre-orders opened on Sept. 22 and it was similarly messy. You can find more information and links to individual retailers right here. For those who are interested in buying an Xbox console and a Game Pass subscription, you can actually save money in the long run by buying the Series S or X through Microsoft’s All Access plan. Those are tough to find right now as well, but it’s an option to keep in mind for when you can put your order in.

WATCH: These are the best beginner-friendly video games for your coronavirus lockdown 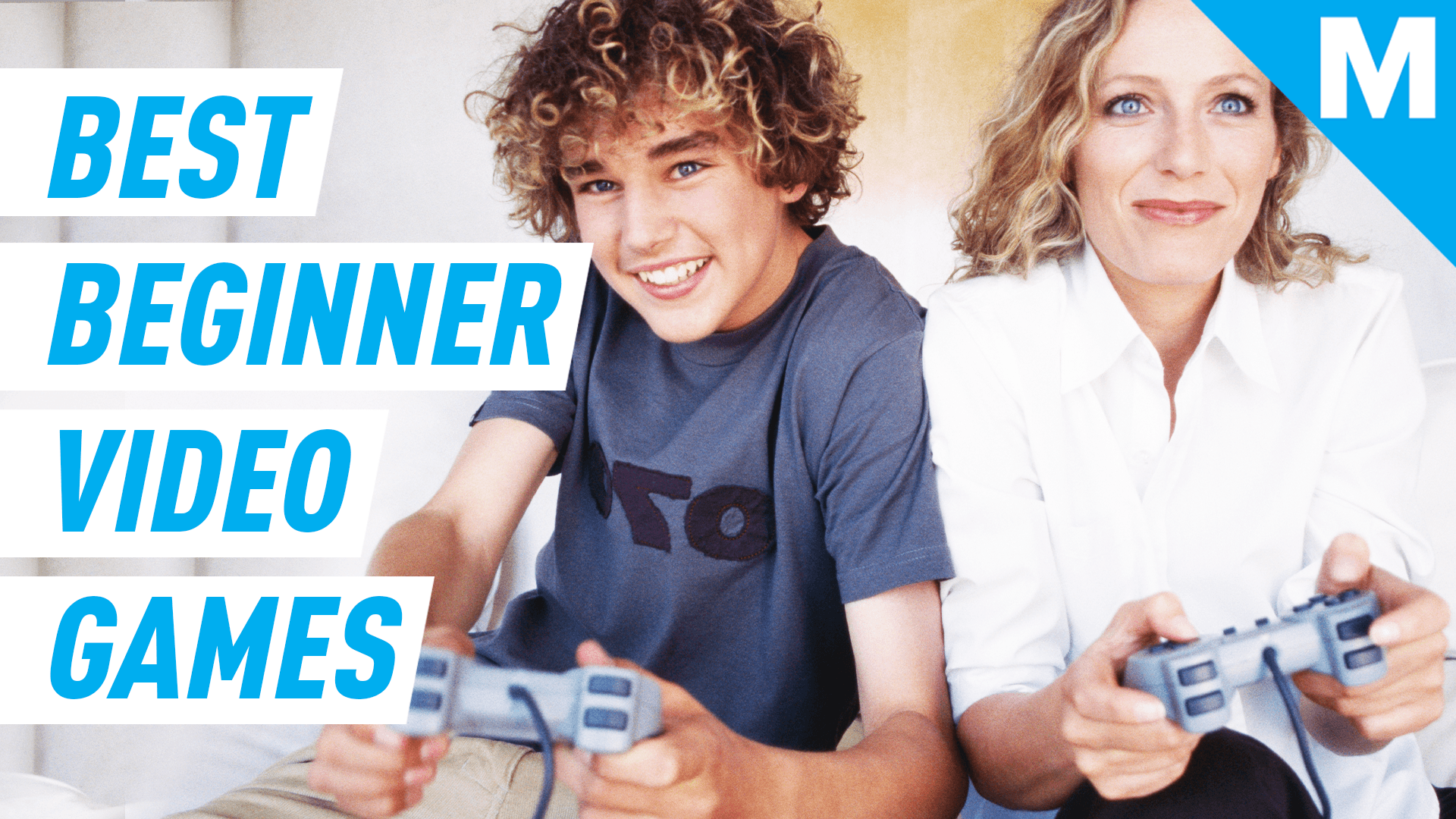